In this case study, a model described in the “You Only Look Once” (YOLO) project is used for object detection. The model consists of two components: a convolutional neural network and a post-processing pipeline. In this work, the original Darknet model is converted to a TensorFlow model. First, the convolutional neural network is optimized for inference. Then array programming with NumPy and TensorFlow is implemented for the post-processing pipeline. Finally, environment variables and other configuration parameters are tuned to maximize the computational performance. With these optimizations, real-time object detection is achieved while using a fraction of the available processing power of an Intel Xeon Scalable processor-based system.

Colfax-Real-Time-Object-Detection.pdf (411 KB) — this file is available only to registered users. Register or Log In.

Why are some sections grayed out? You are viewing an abridged version of this publication.
To view the full version and download a printable PDF, please register or log in.

The advancement of convolutional neural networks (CNNs) and deep learning (DL) in the past decade brought about significant improvements in computer vision. One of the beneficiaries of these advances is the task of object detection, where the objective is to detect and locate real-world objects inside images or videos. This differs from basic image classification in that the machine learning model has to detect multiple objects in a single frame, and also determine where these objects are located. Figure 1 below shows an example of object detection. Recent research efforts, such as Faster R-CNN, Fastest DPM and YOLO (see also this blog post), have greatly improved both accuracy and speed of object detection. The advances in techniques, combined with the improved computer hardware, put real-time object detection well within the capabilities of modern processors. 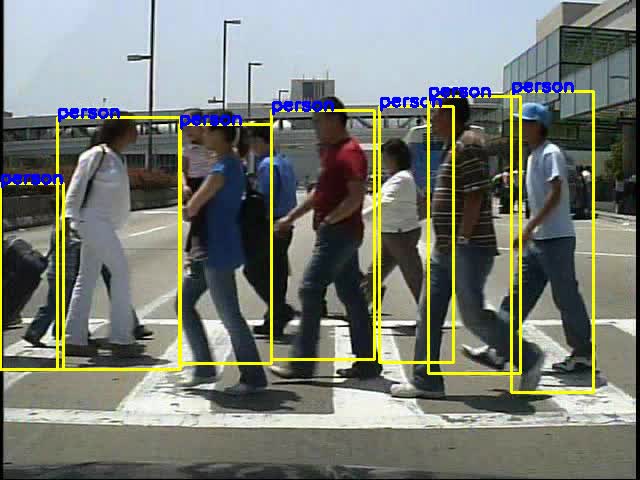 Figure 1: Example of Object detction. Image is a frame out of the Caltech Pedestrian Dataset video (see Dollár et al. (2012)

There is no universal definition of real-time frame rate. Instead, the definition of “real-time” is the “same rate as the input”, so the required frame rate will depend on the application. There are three reference point values used in this paper: 15 fps (common frame rate of CCTV cameras), 24 fps (typical frame rate of movies) and 30 fps (frame rate used for Caltech Pedestrian Dataset). The unit “fps” stands for “frames per second”.

Frame rate is a good metric for applications where the processing throughput is more important than the latency of processing a single frame. Offline processing of video streams is an example of such an application. In contrast, there exist applications that require object detection in a frame as fast as possible. For example, self-driving vehicles need to respond to the road conditions fast, and object detection speed in this application is best measured by latency.

Depending on whether an application needs a high frame rate or low latency, object detection can be approached differently. For latency minimization, one may choose to use all the available resources to process a single frame at a time, even if it leads to sub-optimal utilization of a powerful computing system. For throughput maximization, the mini-batch approach (processing several frames at once) may be better as it takes better advantage of a parallel computing system. Finally, if the latency is important, but mini-batch results in an acceptable latency, then this approach can minimize the utilization and free up the processing power for other tasks.

The aim of this work is to meet the required frame rate or latency while using the minimum amount of computing resources, and both the single-frame inference and the mini-batch approaches are studied.

This project is using the algorithm proposed in the YOLO project, which is described in Section 3. Original work on YOLO used the Darknet neural network framework, but for this work the network is implemented using TensorFlow.

The target platform for this paper is an Intel Xeon Scalable processor (formerly Skylake) from the Platinum group. These are highly parallel socket-mountable server processors with a large number of physical cores and support for AVX-512 vector instructions. The test system used in benchmarks contains 24 cores per socket, with total of 48 cores in a dual-socket system.

You are viewing an abridged version of this publication.
To continue reading and download a printable PDF, please register or log in.

The frame rate measurements presented in this section are conducted on a Colfax CX1260i-T-X7 server based on a dual-socket Intel® Xeon® Platinum 8160T processor with 192 GB of DDR4 memory at 2400 MHz. The processor has 24 cores per socket with 2-way hypert-hreading, so this system has 48 physical cores presenting themselves as 96 logical processors. The operating system used is CentOS 7.4. Python 2.7 from the Intel Distribution for Python 2018 is used with TensorFlow version 1.4.0 and OpenCV version 3.3.1-dev.

The computation rate is reported as throughput in units of frames per second (fps).

For single-frame inference, the effective frame rate is related to the processing time (latency) according to Equation 3.

For mini-batch inference (object detection in several frames concurrently), the frame rate is computed from the time (latency) it takes to process the mini-batch as shown in Equation 4.

Single-frame inference is the usage scenario when object detection in a given frame must be performed as fast as possible — for example, in a self-driving vehicle. Mini-batch inference may allow the user to process more frames per second than single-frame inference, but the application must wait for the entire batch to finish processing before any result can be used. This approach will generally have worse latency, but better frame rate than single-frame processing. The mini-batch approach is useful in offline data processing, when the latency less important than throughput. It can also help to achieve a target latency with fewer cores. Mini-batch size of 1 is equivalent to single-frame processing.

Figure 2 shows the frame rate gains due to the optimizations presented in this paper for single-frame processing (i.e., a mini-batch size of 1). 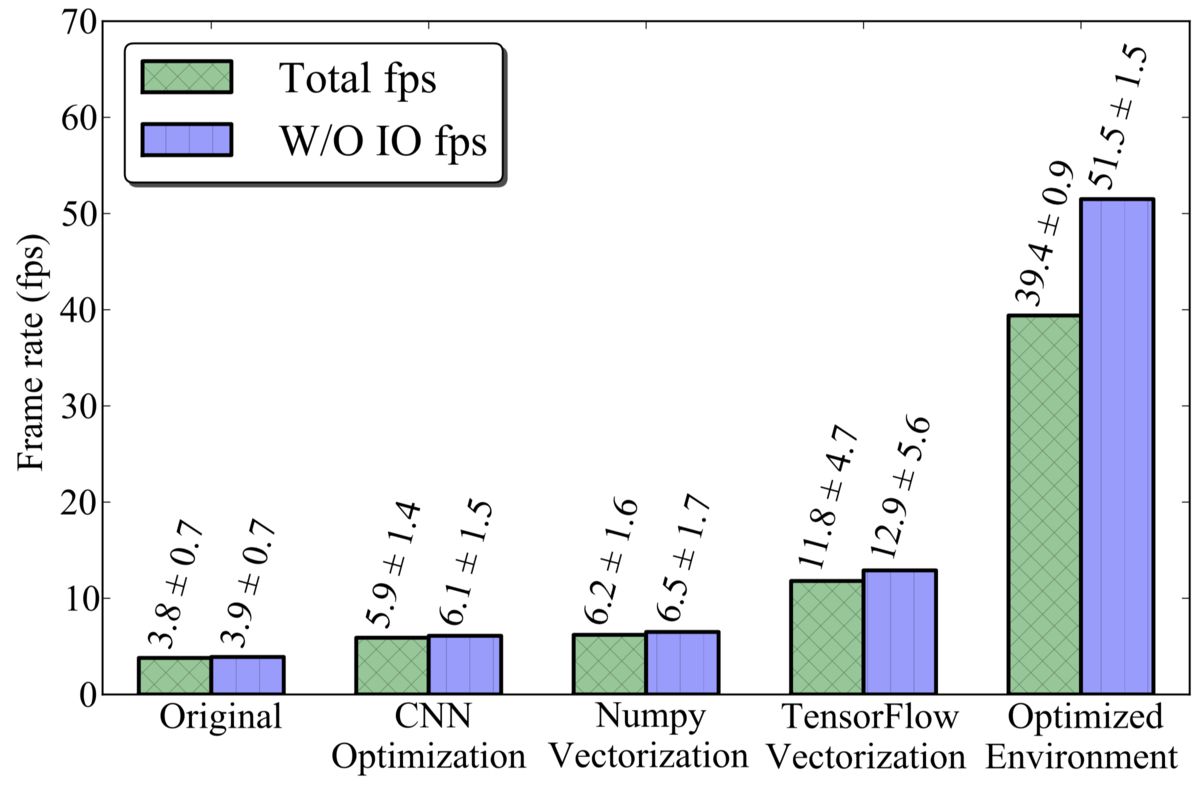 Each measurement is done over processing of 500 frames, with time for each frame measured independently. The times for the first 100 frames (≈3 seconds) are ignored in order to avoid fluctuation from issues like initialization and leaving CPU power saving states. The average times and the standard deviation is reported from the latter 400 frame times. For these benchmarks, the number of threads is kept constant at 8 threads, or one-sixth of the total computational capacity.

The optimizations discussed above were also applied to YOLO-V2 CNN. Figures 3 and 4 below show the total frame rate with respect to number of cores for “stressed” and “idle” systems for both Tiny-YOLO and YOLO-V2 CNN models. 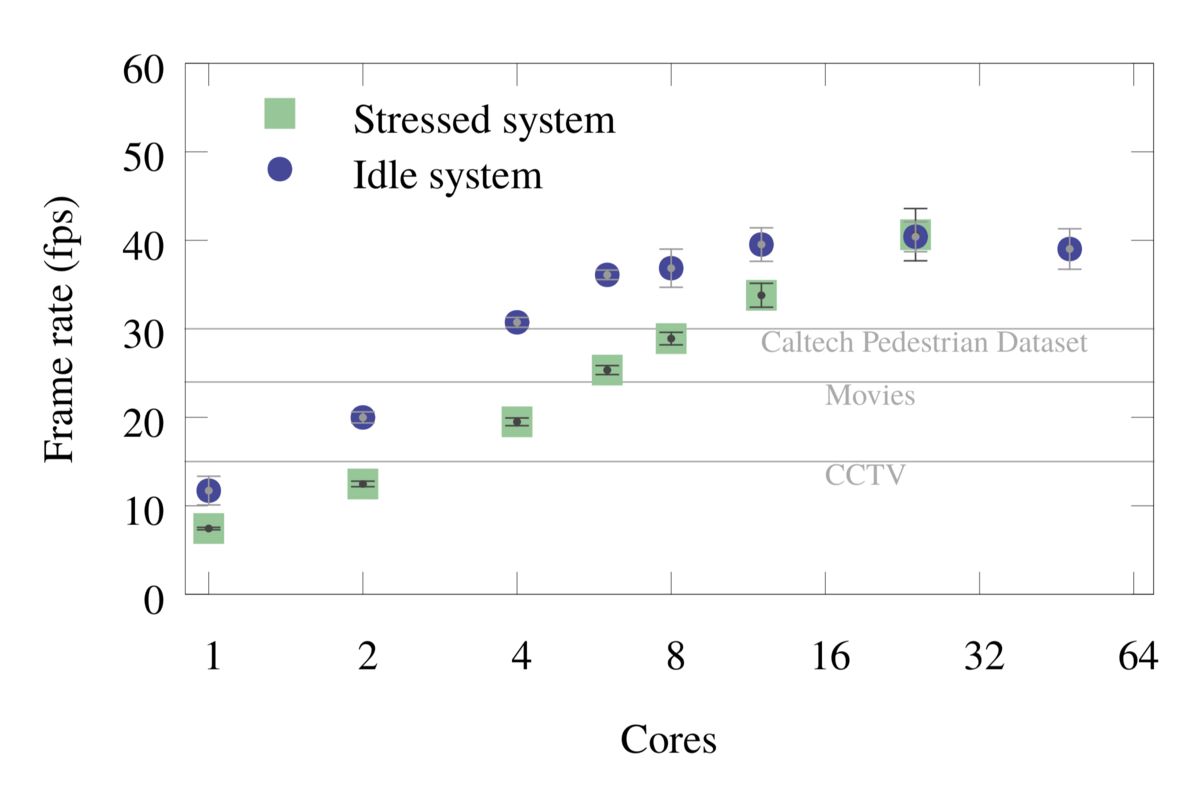 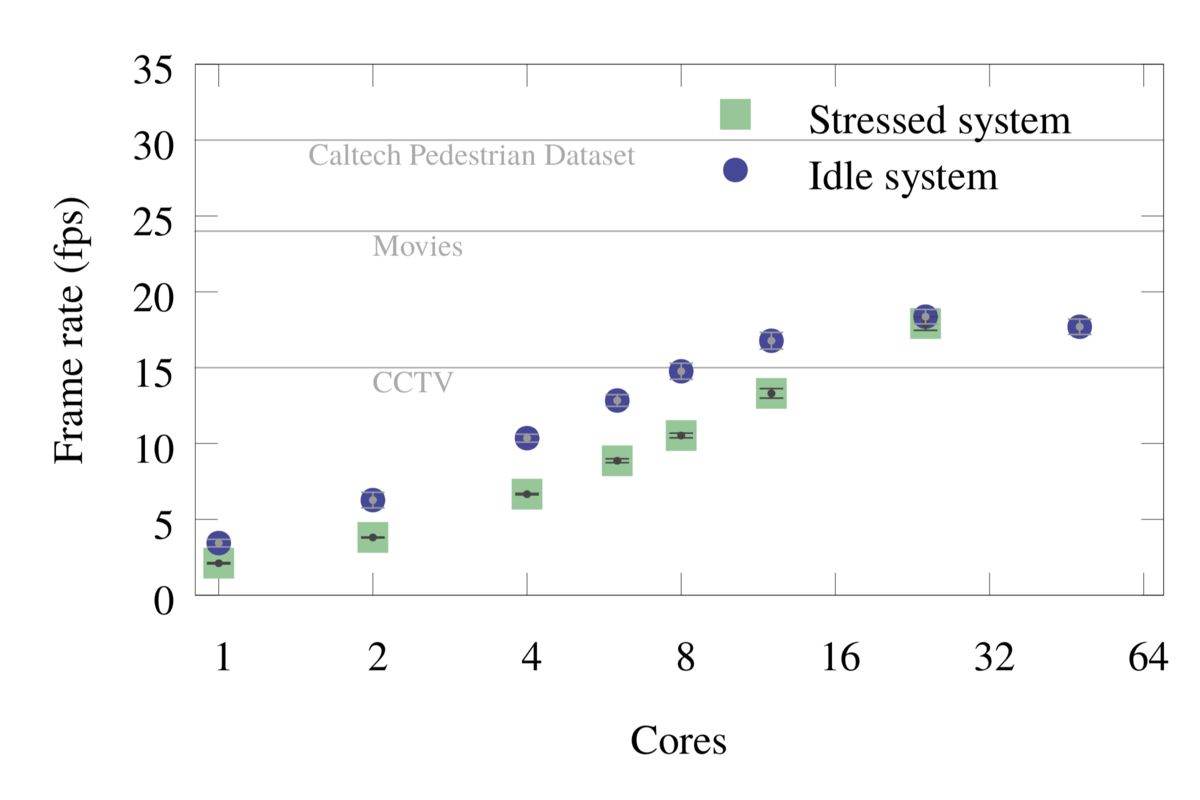 The same data is shown in tabulated format in Table 2 and 3.

Table 2: Tiny-YOLO: Single-frame inference timing. The values are in frames per second (fps).

Table 3: YOLO-V2: Summary of frame rate measurements in fps.The values are in frames per second (fps).

In the “idle” run, the object detection application is the only computationally heavy application running on the system. In the “stressed” run, the object detection application is run on a subset of the cores, and the rest of the cores are used for a large matrix product calculation (Intel MKL SGEMM). This test simulates multi-tenancy, where a server is running many applications concurrently. There is a large difference between the two scenarios for low core count benchmarks, largely due to the Intel Turbo Boost feature of the processor. When the CPU utilization is low, as in the case of low core count “idle” runs, the processor is allowed to increase its frequency up to the maximum Turbo frequency as long as the power consumption on the CPU is below the threshold value (TDP). For the CPU used in this benchmark, the frequency can scale from the maximum Turbo frequency of 3.0 GHz to the base frequency of 2.1 GHz. For more on Turbo Boost in Intel Xeon Scalable processors, see this paper. In contrast, for the “stressed” runs, the CPU is fully occupied even when few cores are used for object detection, so it does not benefit as much from the Turbo Boost. The difference between the “idle” and the “stressed” speed reduces as the core count is increased, and it goes away when one CPU is fully utilized (24 cores). Note that the Turbo frequency is set based on the core occupancy of a socket, so the difference goes away at 24, rather than 48, cores because it does not matter if the second socket is utilized or not.

For Tiny-YOLO model, each core constitutes 2.1% of the total computational resource of the test system. For the idle system, the low CCTV frame rate of 15 fps can be achieved with just 2 cores, and both the typical movie frame rate of 24 fps and the Caltech Pedestrian Dataset frame rate of 30 fps at 4 cores. For the fully stressed system, the required resources are 2 cores to achieve CCTV frame rate, 6 cores for a typical movie frame rate, and 8 to 12 cores for the Caltech Pedestrian Dataset frame rate. These serve as maximum and minimum cases for the system utilization outside the detection workload. So in real-case scenarios, where the object detection is running concurrently with other workloads, the required core count will fall somewhere in between the values. The speed without I/O that we quote can potentially be achieved, for example, if the I/O is done on a separate thread. In this case, the 30 fps mark is achieved with 4-6 threads.

Finally, there are two important notes about this result.

In this section, the timing results for mini-batch inference are presented. In all test cases, 24 cores (i.e., one complete socket) of the processor are used.

Figures 5 and 6 show the frame rate and latency plots for mini-batch inference for both Tiny-YOLO and YOLO-V2. The horizontal markings in the latency plots are of special importance because they show the required minimum latencies of Caltech pedestrian dataset, Movies and CCTV for mini-batch size of 1. 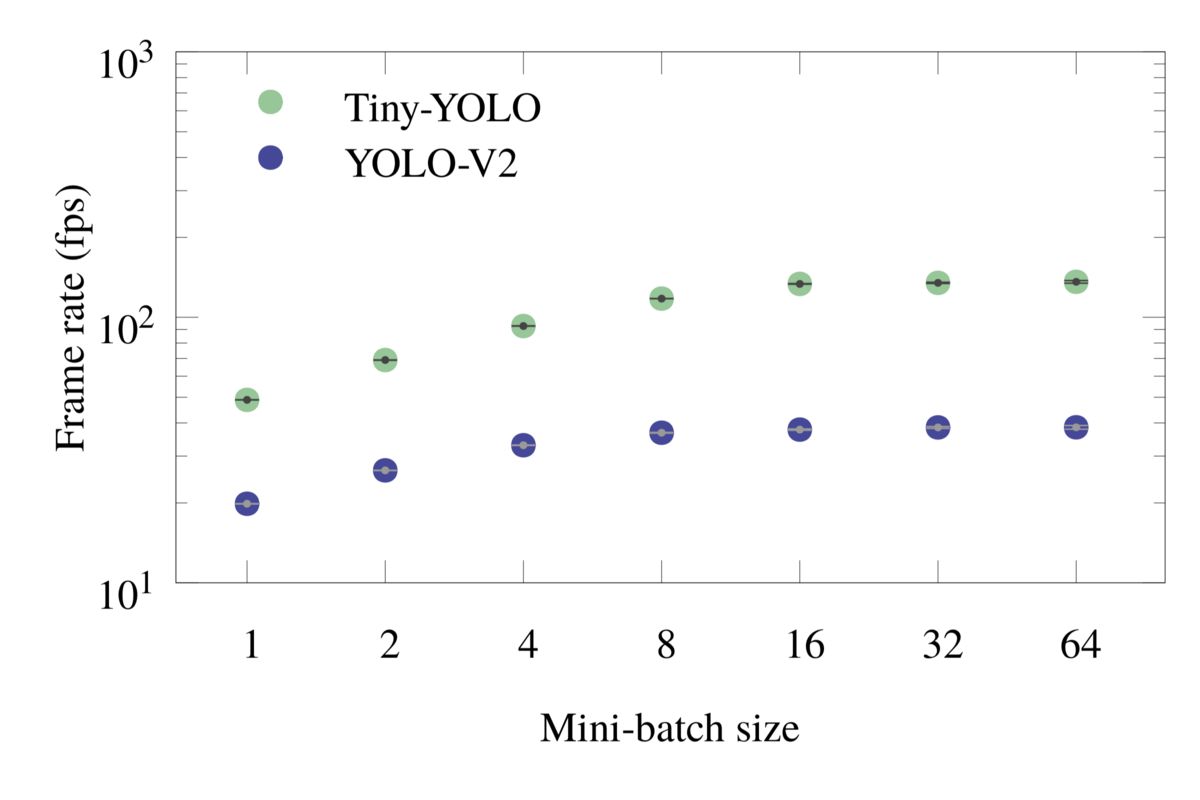 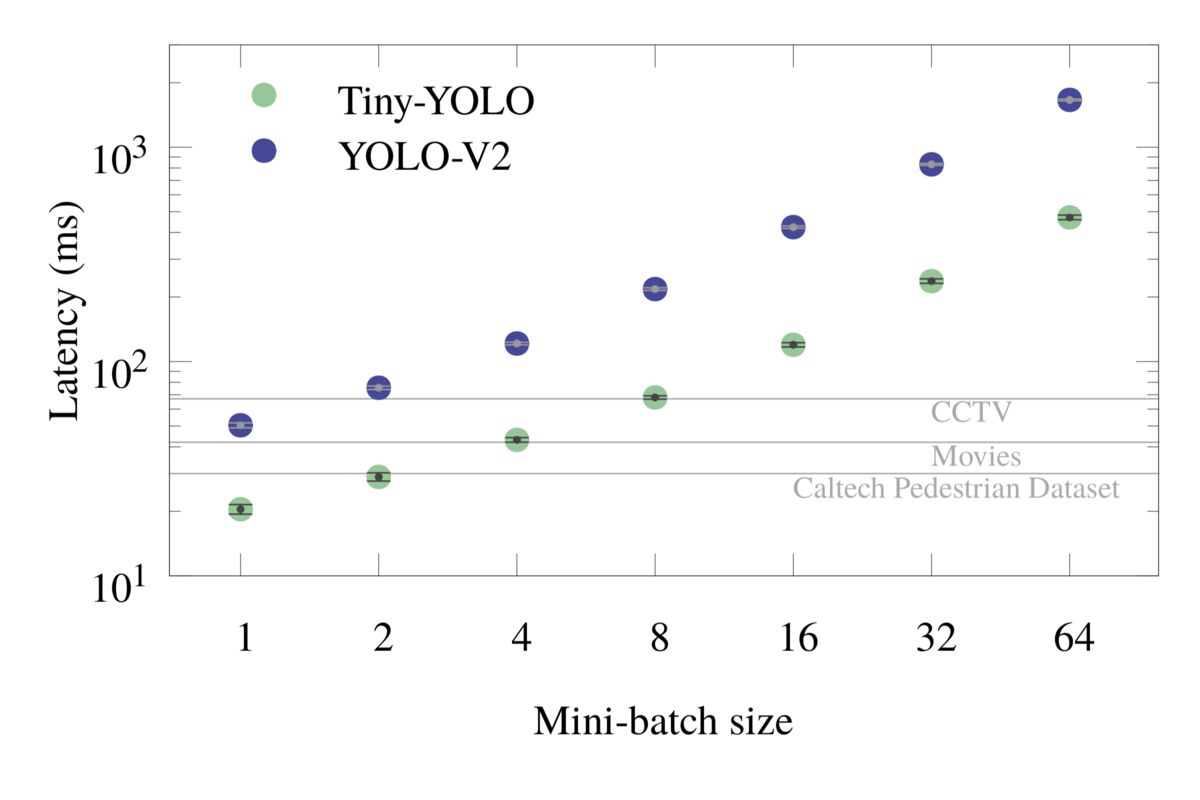 Figure 6: Latency for mini-batch object detection with 24 cores, without I/O.

The data used for these plots is summarized in Tables 4 and 5.

As a consequence, mini-batch inference with a large batch size should be the default strategy for offline image processing, when the latency is not important.

At the same time, if the latency is important, mini-batch processing may still be useful due to its improved efficiency. For example, using 24 cores and the Tiny-YOLO model, single-frame processing yields 40.6 fps, which is barely enough to concurrently support three CCTV cameras (15 fps each). With the same number of cores and the same model, mini-batch processing with a batch size of 8 has an effective frame rate of 118 fps, which is nearly enough to support eight CCTV cameras, still in real time (because the mini-batch is processed in 1/15th of a second),

This publication presents the optimization path for real-time object detection inference (based on the YOLO model) with TensorFlow. Observations of this work are characteristic of modern applications for highly-parallel processors. That is, the speed of the application and the efficiency of resource utilization depend critically on the design of the code and on the parallel strategy.

The techniques mentioned above do not change the nature of the calculation, but, rather, make the application execute closer to the underlying hardware. Cumulatively, the difference in the calculation speed between a correct but inefficient code and the final optimized version was observed to be 13x.

Secondly, the measurements presented here show that the tradeoff between the computation speed and detection precision can be a tuning parameter of an artificial intelligence system. Substituting the Tiny-YOLO model for YOLO-V2 increases the frame rate by 2-3x at the cost of less accurate object detection.

Thirdly, the paper demonstrated that the choice of the parallel strategy on Intel architecture is a significant factor in the bottom-line efficiency:

The methods discussed in the paper are applicable to a broad range of data analysis and machine learning tasks targeting modern Intel architecture processors.