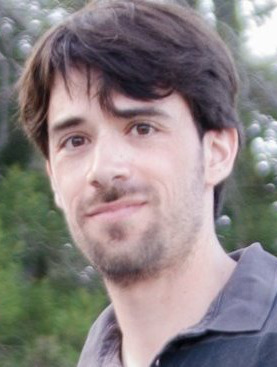 Pablo González de Aledo studied telecommunications engineering at thec University of Cantabria, Santander, Spain, and finished his studies at the Network-on-Chip team in ST-Microelectronics Grenoble, France. After working in the modeling and simulation of high-performance, multi-core and heterogeneous platforms for some European projects he became interested in the theory behind formal methods and worst-case-execution-time and moved to the Department of Computing at Macquarie University, Sydney, Australia, to complement his Ph. D. studies. He is now a Postdoctoral Research Assistant at Imperial College of London.

An optimization approach for the computational modeling of biological development

Current research in the field of computational biology often involves simulations on high-performance computer clusters. It is crucial that the code of such simulations is very efficient and correctly reflects the model specifications. In this presentation, we present an optimization strategy for simulations of biological dynamics using Intel Xeon Phi coprocessors, demonstrated by a winning entry of the “Intel Modern Code Developer Challenge” competition. These optimizations allow simulating various biological mechanisms, in particular, the simulation of millions of cell agents, their proliferation, movements and interactions in 3D space. Overall, our results demonstrate a powerful approach to implement and conduct very detailed and large-scale computational simulations for biological research.
Links: Full Paper

All human beings start their life as a single cell. As this cell divides, daughter cells can move and produce substances. These processes guide future generations of cells into differentiation and tissue formation. Out come the beating heart, the restless legs, the dextrous hands, and the inquisitive brain. The processes of cell division, proliferation, metabolism, differentiation, and clustering are complex. If something goes wrong due to genetic or biochemical factors, neurodevelopmental disorders arise. To quantify these processes is to get closer to treating diseases such as epilepsy, autism, and schizophrenia.

In 2015, Pablo González de Aledo Marugán contributed to this research when he produced one of the winning entries in the Intel Modern Code Developer Challenge. Pablo’s contribution is computational performance optimization in a brain development simulation code. The original code is a product of a collaboration between the CERN openlab and Newcastle University. It computes multiple stages of brain development on the level of individual cells. The code accepts genetic and biochemical factors as input. Then it simulates the collective, non-linear interactions between the cells. Through Pablo’s work, the computation was accelerated by a factor of 300x. This achievement opens new possibilities for computational biology research. For a multitude of other disciplines, it produces valuable recipes and advice on code modernization.

In his upcoming presentation in Modern Code Contributed talks (“MC² Series”), Pablo Aledo demonstrates the techniques that he applied to achieve the 300x speedup. Furthermore, he will show how his methods withstood the test of time. For the contest, he worked with Intel® Xeon Phi™ coprocessors (first generation, formerly Knights Corner). New tests revealed that the optimized code strengthened even further on newer processors. These include second-generation Intel® Xeon Phi™ processors (formerly Knights Landing) and Intel® Xeon® processors.

Tune into the webinar on July 13, 2017, or watch a recording after this date on this page.